Tiger Transfer, LLC began as an idea in 2002. In that year, the American Colloid Bentonite Company—the area’s largest employer—closed its operations in Upton, Wyoming. A group of citizens formed the Weston County Development Corporation and launched a grassroots effort to reclaim and reuse the former factory site. It took countless hours from many people and organizations to demolish the plant, clean up the site, and convert it to an industrial park. In 2012 Tiger Transfer, LLC purchased the facility from the Weston County Development Corporation.

Today, Tiger Transfer, LLC is a premier facility, with over 40,000 feet of privately owned track, an internal, onsite switch engine and crew to accept railcars from BNSF and distribute those cars to the customers within the park and back to the BNSF. BNSF’s double track mainline runs right through the middle of the Upton Logistics Center and has three  mainline switches that service the park.

Tiger Transfer, LLC also has a transloading crew that gives the customer the option to have their product transloaded from rail to truck. There are three truck scales located in the park, with Tiger owning one of them. Products transloaded at the Upton Logistics Center include virtually anything moved by rail: oil, frac sand, pipe, crane mats, military equipment, propane, ag products and much more.

BNSF Rail and Tiger Transfer, LLC have developed a very close working relationship. Because the industrial park is located in the Powder River Basin, the velocity of the unit trains passing by can be enhanced by dropping the “other than coal” freight into park to be handled by Tiger Transfer, LLC. A local train from Edgemont brings new cars for the day and picks up yesterday’s cars from Tiger to allow the velocity of the coal traffic to be minimally impacted. 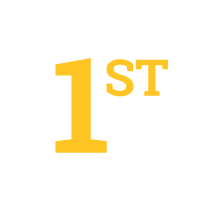