Can coal remain the bedrock of Wyoming’s economy?

As companies experiment with “clean coal,” cheaper and cleaner fuels are taking over.

Wearing a blue construction helmet, Dennis Thorfinnson stands in the shadow of a 500-foot-high chimney, and stares up at a sharp blue sky filled with puffy summer clouds. “What do you see?” he asks me. It seems like a trick question; I see nothing.

Thorfinnson grins proudly. Not a single visible trace of pollution floats from the stack of Gillette, Wyoming’s Dry Fork power plant, even as it burns coal. This is one of the country’s newest — and cleanest — coal plants. The engineers who built it in 2011 tailored its pollution controls to the particular chemical composition of coal from the neighboring Dry Fork Mine. That means it releases less sulfur dioxide, nitrogen dioxide and even carbon dioxide than older coal plants do.

But it still releases invisible carbon dioxide, which contributes to climate change. And Wyoming’s leaders know that’s a problem. Forty-two percent of the domestic coal supply is mined in the state, much of it from large mines around Gillette. In recent years, the coal industry has employed one in every 10 workers in Gillette and surrounding Campbell County. But coal is declining as a power source. It can’t compete with cheaper, cleaner natural gas, and eventually, climate change regulations are expected to worsen its prospects.

Cheney bill aims to protect private landowners from 30 by 30 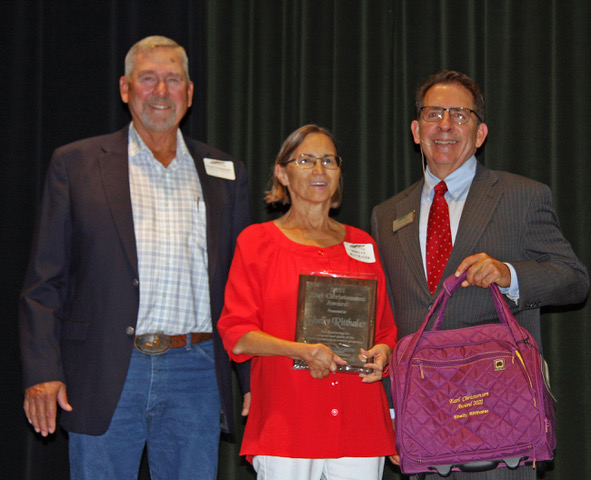 Manufacturers have a Place in Upton