Airport is Link to Family Heritage and Local Access 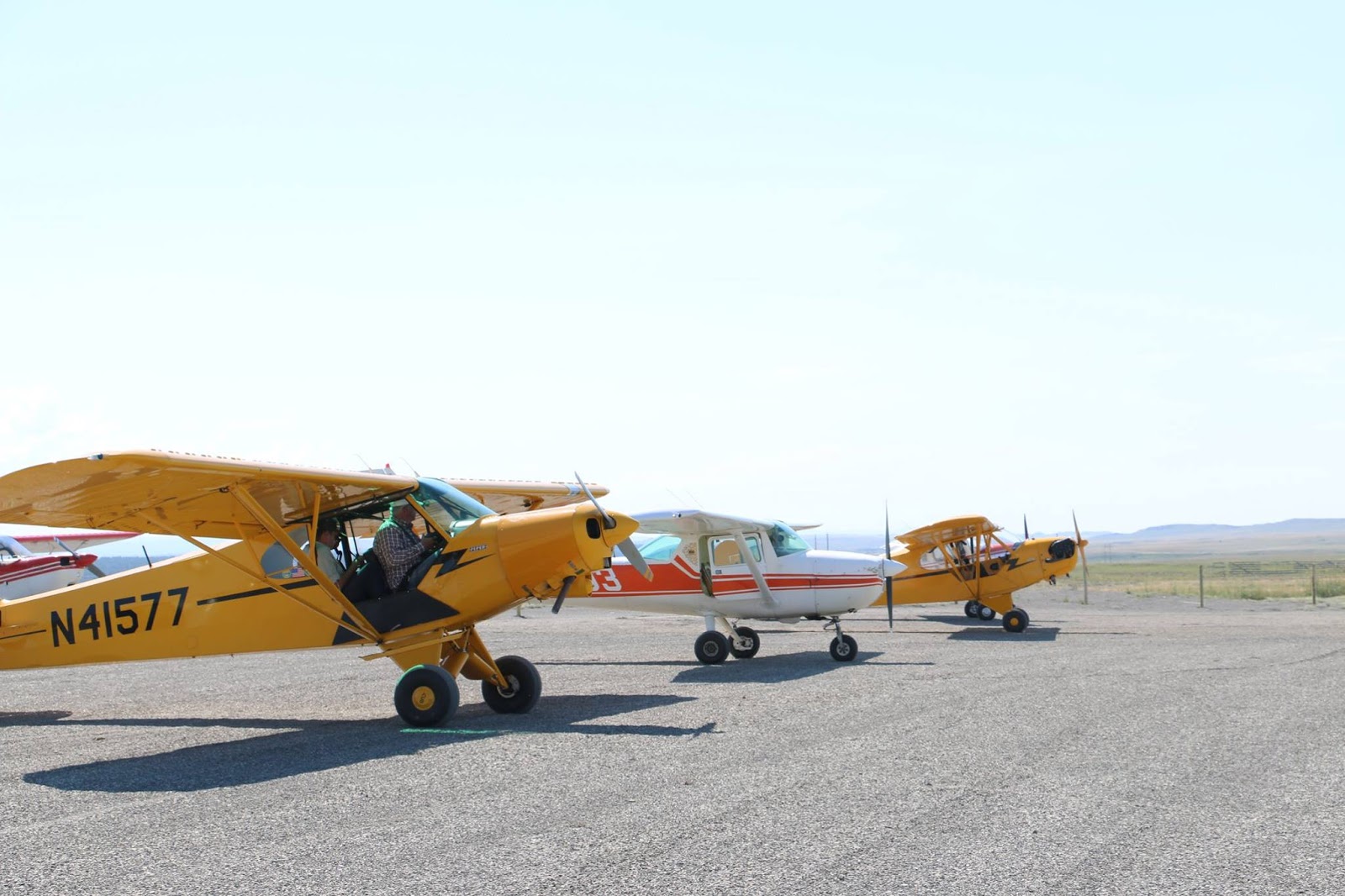 Growing up in northeastern Wyoming, Lori Olson has fond memories of flying with her father. Trips to visit her older siblings at college or just for general transportation around the area were common. After learning of plans to decommission the Upton Municipal Airport nearly a decade ago, Olson, her brother and a newly formed airport board worked to save the small airstrip, initially as a way to preserve those childhood memories. But she soon learned it was much more than that.

“What really started as a rescue mission has turned into a passion not just for flying, but maintaining accessibility for Upton and other small communities of Wyoming,” said Olson.

Flying based on family

Olson is the youngest of eight siblings and grew up in the Upton area. Her father flew a number of different aircraft, including a PA-11 Piper Cub and Cessna-180. He was also part of the group to originally establish the airport in Upton. After having moved away, she and her family came back to the area in 2000. Although the flights with her father were frequent as a youth, Olson never actually learned to fly herself. She learned to fly in 2012 as a way to teach her daughters about her childhood and embark upon a new chapter in her life.

Shortly after, she learned of plans to turn the Upton airport into a dump and transfer station. Olson, her brother Keith Materi and the newly formed airport board decided to do what was necessary to save the airport before it was decommissioned. They were successful, and Olson became the Airport Manager in 2014.

Her work has provided avenues to impact other small airports as she represents them  throughout the state as the Wyoming Liaison for the Recreational Aviation Foundation.

“The focus is to keep the smaller strips around the state and be the point of support for these small communities,” said Olson.

The airport includes a 3710-foot dirt/gravel airstrip and is able to accommodate many different types and sizes of aircraft. Olson prefers to fly her Citabria with Bushwheels at this airport because it is better for wear on her big tires. The airport has been able to host fly-ins and provides a stopping point for pilots seeking backcountry access and other general recreational users.

Olson said the self-sufficient attitude of residents of Upton meshes perfectly with that needed to manage a small municipal airport.

“Upton has quite a few people who are passionate about maintaining their way of life,” she said. “You see it with small businesses like the Dan Hart Patrol Service, takes time from the excavation work the company specializes in, to volunteer their time to help maintain the runway.”

Her work as the Airport Manager places Olson among a strong network of local Upton women business leaders.

“We love our community and want to make good lives for our families,” she said. “Being a woman in a small community usually means you get to wear a lot of different hats, which is not an opportunity usually found with many of the bigger airports.”

Olson said she consistently hears from plenty of people stating what cannot be done at the Upton airport, but her experience suggests that is not true.

“The folks of Upton have a common thread in putting forth a lot of effort and being super-tenacious to get what we need,” she said.

Keeping a small airport operational takes diligence and effort, said Olson. Now, the airport is in need of resources to fit into the greater air system made up of much larger user groups. Similar to other small-town ventures, financial support for smaller, publicly-owned airports is difficult to come by. Olson has been active in obtaining state grants for airport improvements and she believes the Wyoming Department of Transportation wants to preserve small airstrips but it is up to folks like her to vocalize the needs.

“We are constantly working to justify our existence based on the number of users versus specific needs,” said Olson. “We are people who step up and volunteer to make things happen and that fits perfectly in keeping up a small-town airport.”

‘Can-Do’ Upton is Perfect for Business

How To Reinvent Your Business To Thrive After The Coronavirus